People use to have on a bucket list for traveling goals mostly countries or cities, but I also added some experiences. One of them, while in India, was to join Indian wedding. I was lucky to meet a new friend – Vasu who invited me to his brother’s wedding. My blog just reports on my experience. 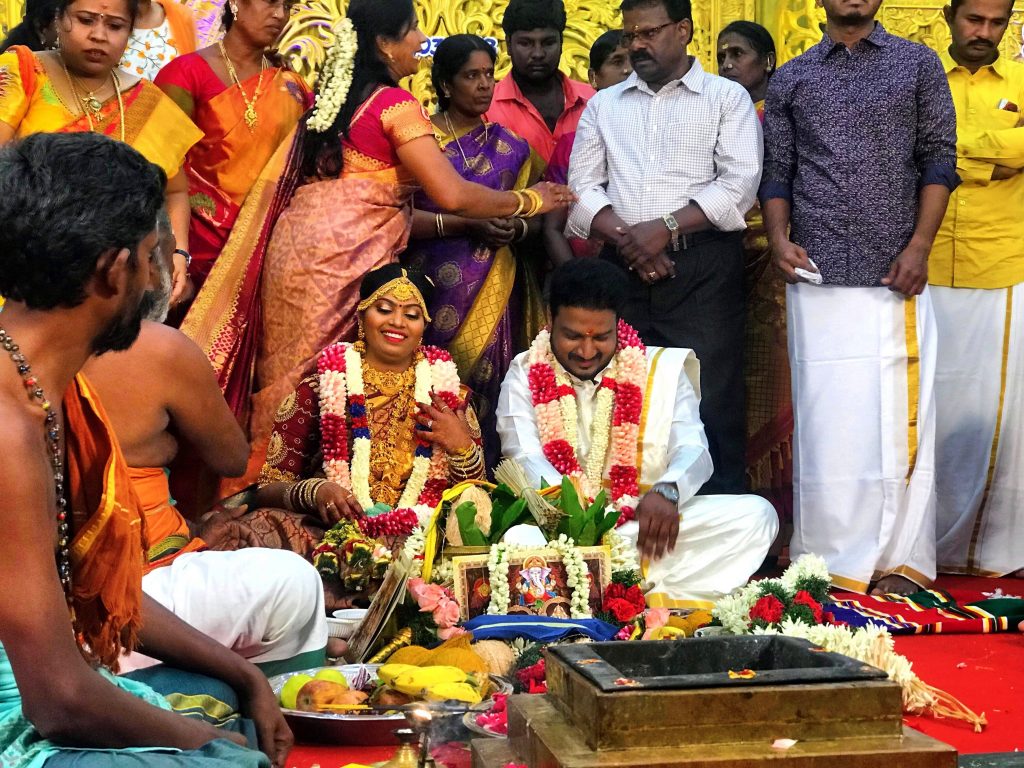 During my travels, I met a lot of local people. I heard, and not only once, those arranged weddings are still going on about 50% of times. And this number also refers to the opinions of the people I met. Half of them don’t plan for an arranged Indian wedding and the other half is ok with them. Reasons behind their opinions vary: checking background (family, job, income), or a guy is a loser (can’t find a girl that will fall in love with him first). On the other hand, for some, it’s just simple and easy way how to get married. Vasu’s brother’s wedding was arranged as well. 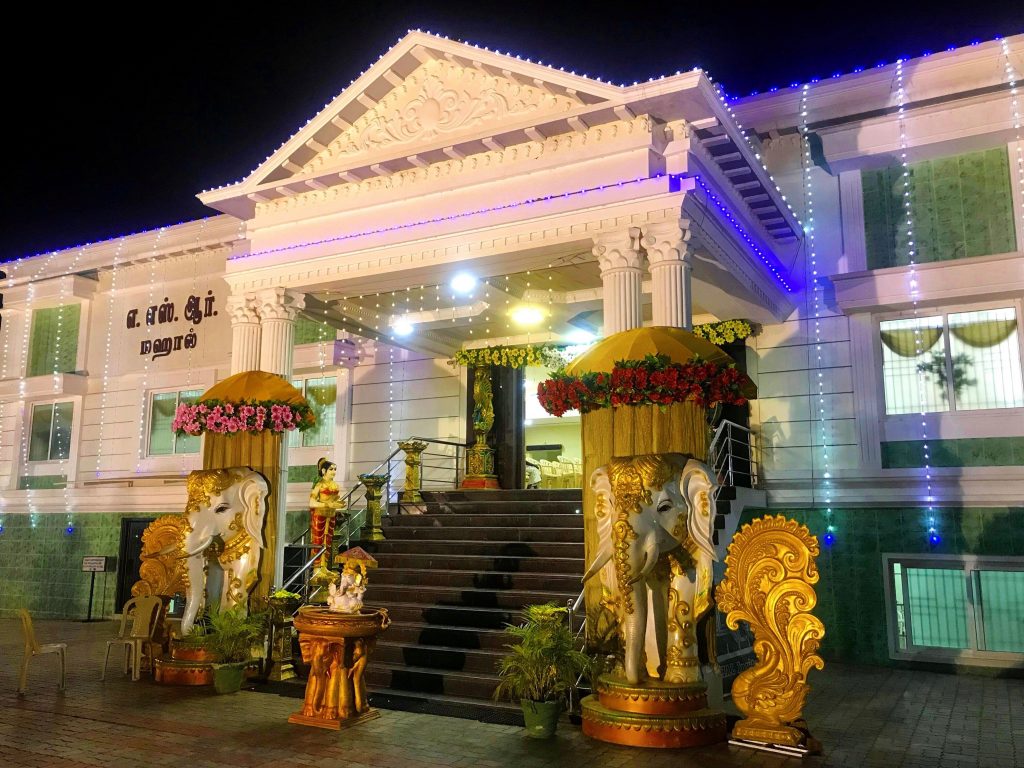 One day before the wedding, the groom’s family goes for the bride to her house. I don’t know what exactly happened there, maybe you can find more info here. In the evening, there was a reception which I attended as well. It was organized in a beautiful hall, inside was a stage decorated with the golden and red colors with a nice white sofa. The groom was already waiting there. The bride arrived later. And of course, the whole family and extended family and friends were all waiting and having a nice talk alongside the music. 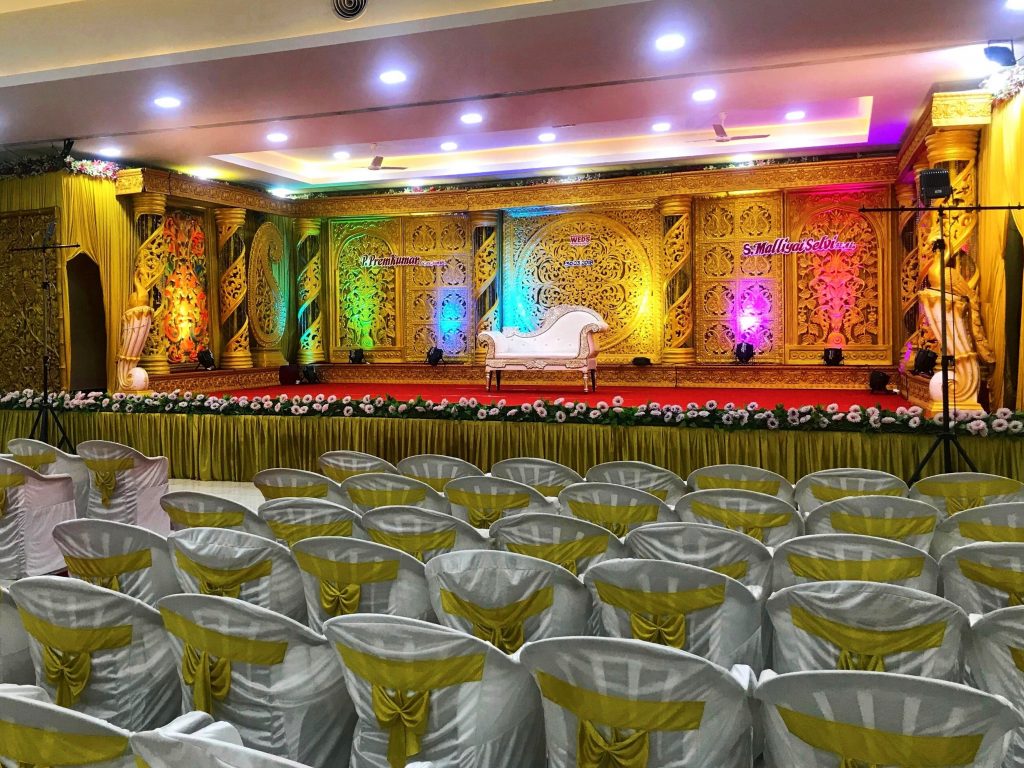 Interior of a wedding hall before it started

The wedding started very soon in the morning, around 8 AM. My friend’s mother borrowed me a beautiful saree. I was wearing it first time in my life, so I didn’t really know how to wear it. I noticed musicians. They played during the whole wedding a traditional wedding music. The wedding was rather loud and noise than quiet. People were talking and having fun than listening and observing ceremony.

Musicians at the Indian wedding

The wedding started around 10 AM. On the stage were 3 men, having sacred flowers, fire and some food and drinks. They were preparing it for rituals and prayers. Prewedding rituals are made separately. First came on stage groom. They started prayers and rituals with oil and other things they prepared before. 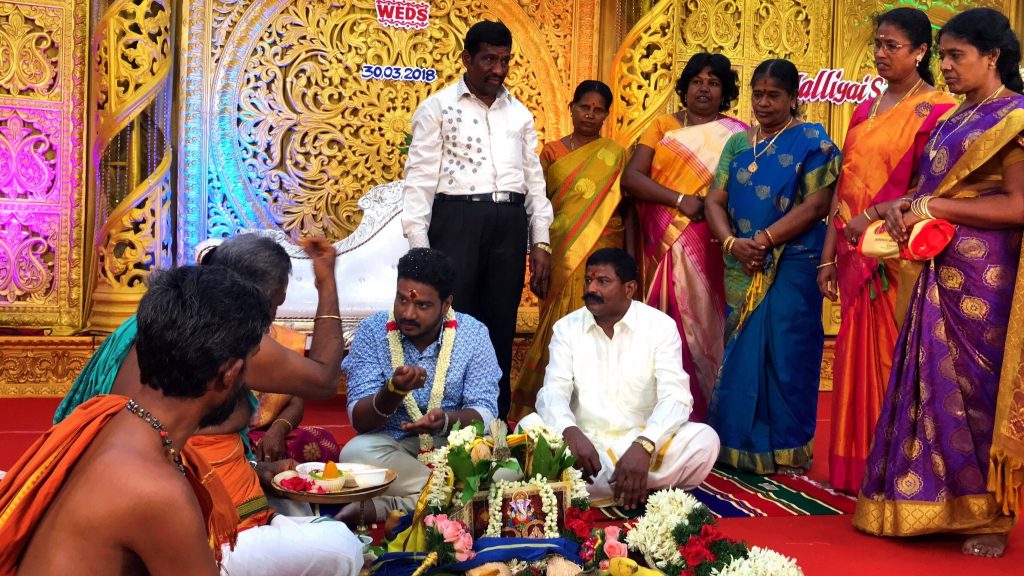 When his prayers and rituals finished, he went back to grooms room behind the stage. Then the bride came to the stage and started her prayers as well. 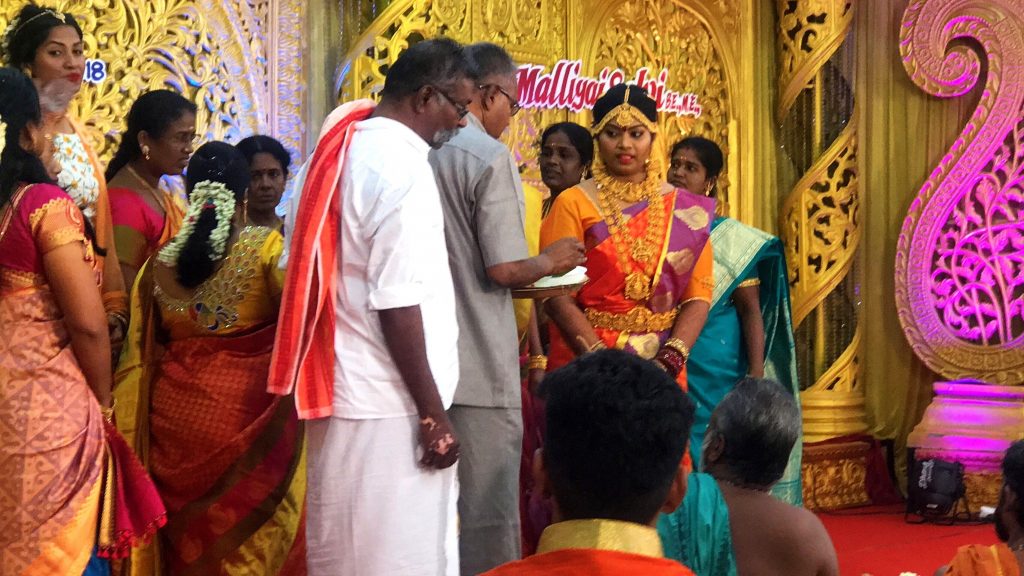 The bride arrived to stage to pray

After that wedding started by exchanging floral garlands as a first step of the wedding. It was a lot of rituals and prayers going on. After some time there was a final act that makes a couple married: the groom ties the Thaali, or south Indian equivalent of a mangalsutra, around the bride’s neck. 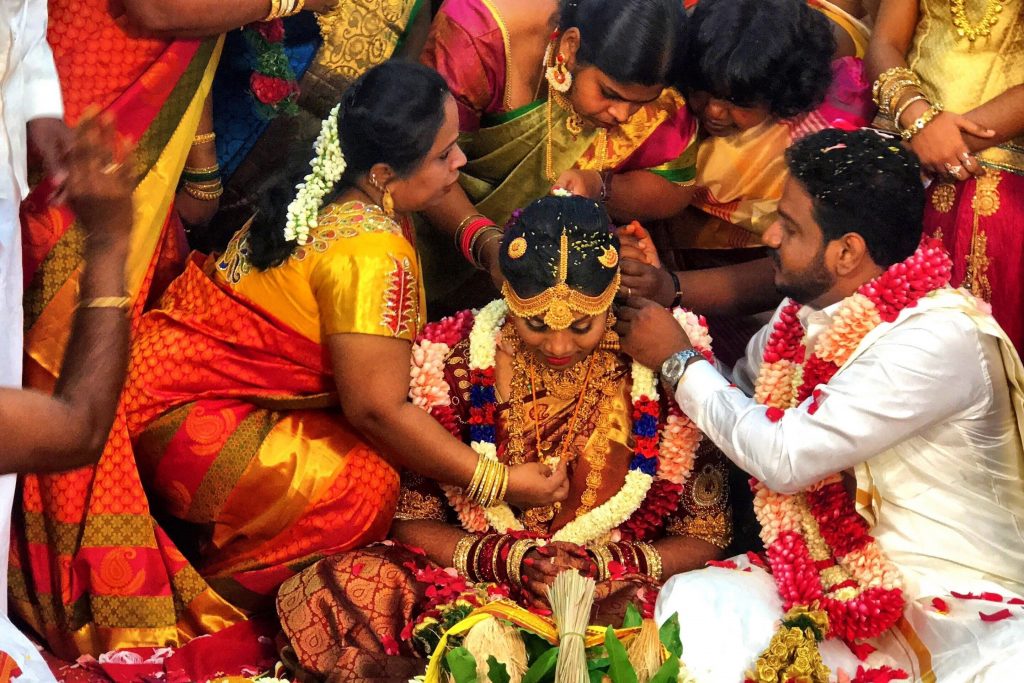 The groom ties the Thaali

There are some more rituals happening after final step, such as first steps together and replacing a ring at her foot fingers.

When all finished, family and friends came to congrats to new marrieds. Part of congratulations is giving gifts and a lot of photo shooting with all members. After that is a reception with a music and dance as well. 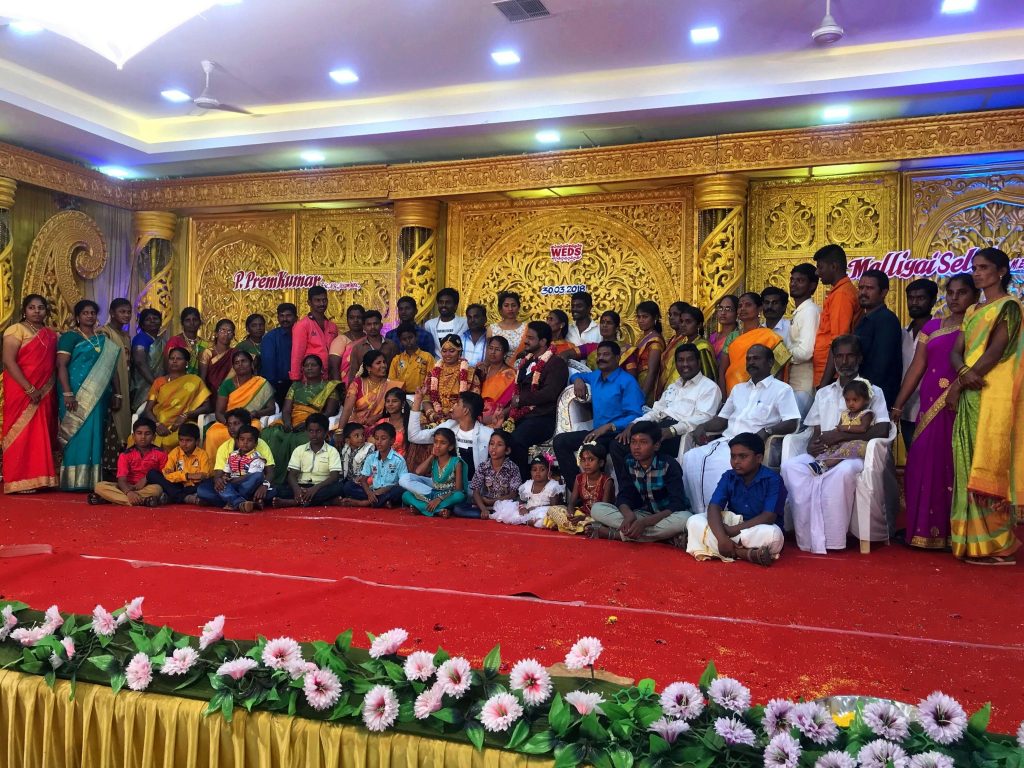 Photo shooting with the whole family 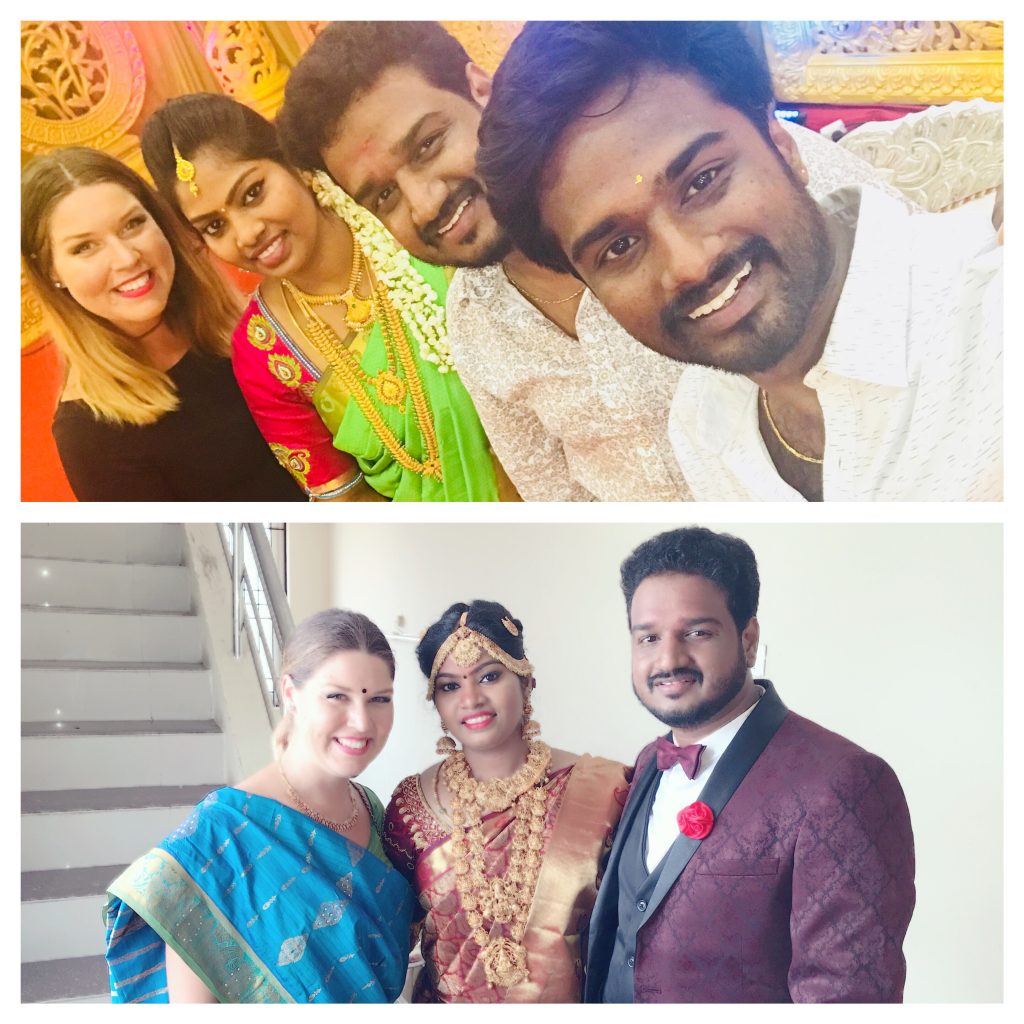 With Vasu and Fresh Marrieds 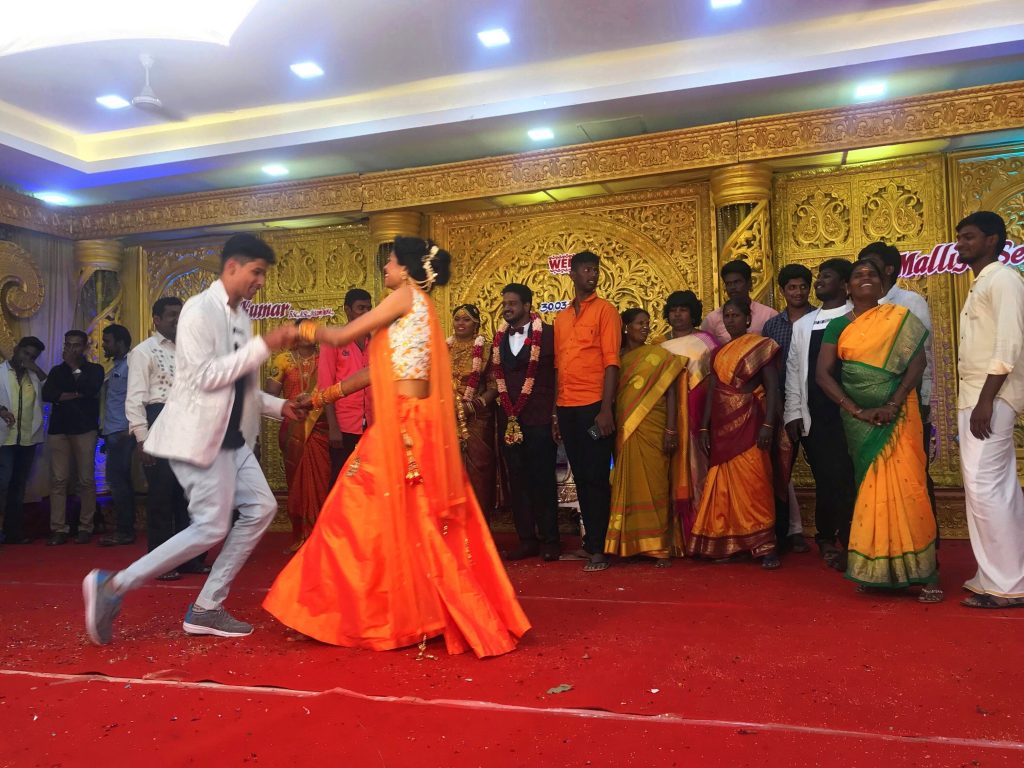 And how it was for me?

I had no idea what was going on the stage. I mean, I understood there are rituals and prayers, but I didn’t know what the symbols represent. But I had a good time to observing and experiencing such a celebration. I had a lot of attention of family members. Everybody was curious where I am from and what I do in India. They always tried to feed me and younger ones always asked for selfies. So here are a couple of pics with all of them! 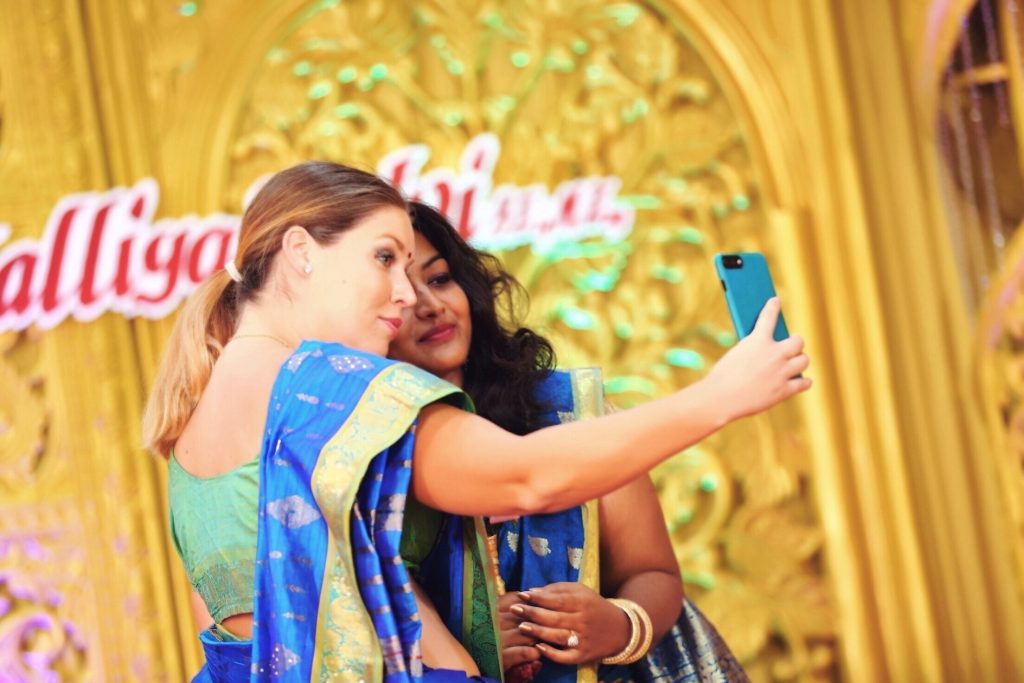 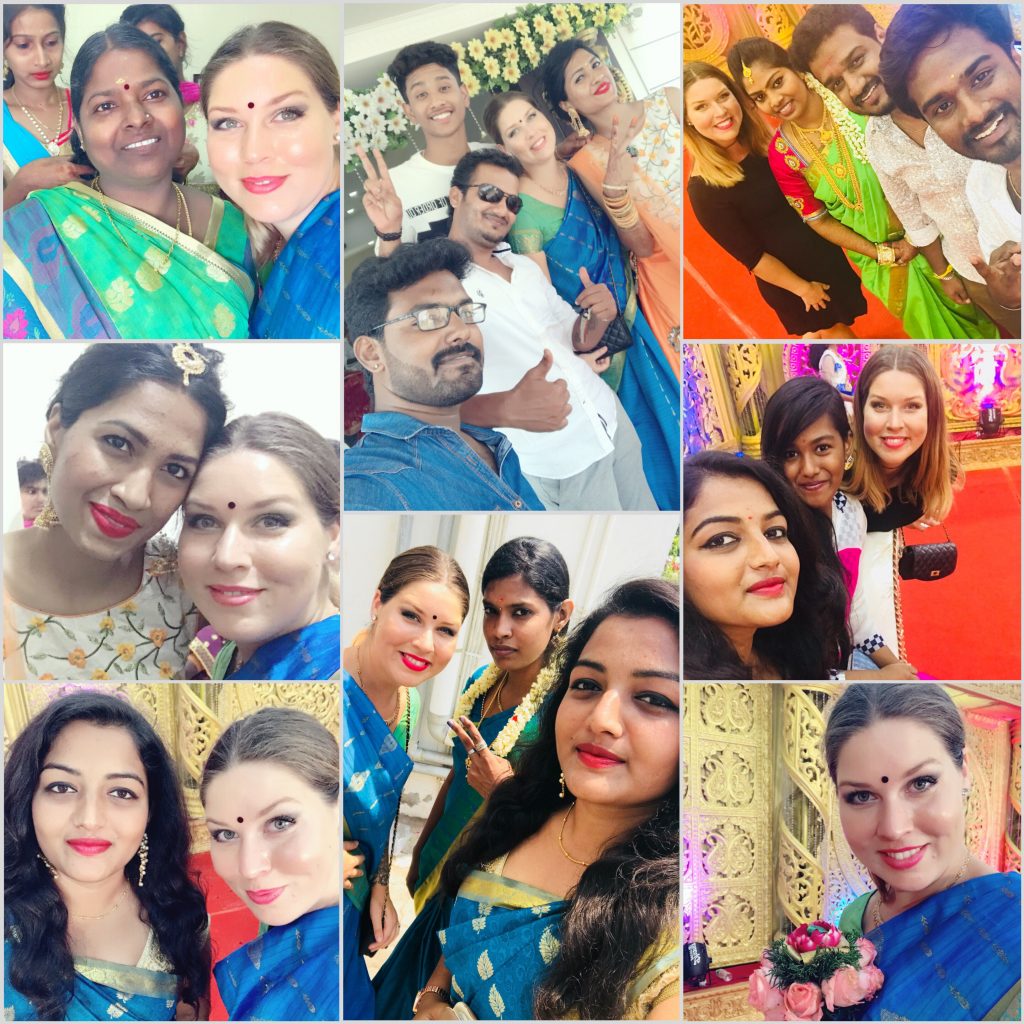 Selfies with my friends

It was an unforgettable experience for me. Thanks to all of you, my friends, especially Vasu and his family who allowed me to join and mum of Diaz for borrowing me a beautiful Saree!

I am Vierka, I was born in Bratislava, Slovakia. I am positive human being, always smiling or laughing. I love to dance and listen to live music :) I changed into passionate traveler in 2013. During this process I quit my job as accountant. Nowadays, I am learning new things and trying to bring them into the reality ;)